There are serious indications that Israel and American-Jewish organizations are no longer willing to support Turkey’s lobbying efforts in Washington.

The dispute between the two strategic allies began with Turkish Prime Minister Recep Erdogan harshly denouncing Israel’s incursion into Gaza and accusing the Jewish state of committing crimes against humanity. He suggested that Israel be barred from the United Nations as mass demonstrations were held throughout Turkey with banners that read: “Gaza will be a grave for Israel” and “Put Israel on trial for war crimes.” Israel’s Consul General in Istanbul, Mordehai Amihai, told Milliyet that the consulate received hundreds of anti-Semitic e-mails every day during the fighting in Gaza.

Initially, Israeli officials expressed their displeasure through diplomatic channels. But as the anti-Israel rhetoric intensified, Israel’s Deputy Foreign Minister publicly warned Turkey that Tel Aviv might retaliate by acknowledging the Armenian Genocide. Last week, Israel’s Prime Minister Olmert invited the leaders of France, Britain, Germany, Italy, Spain and the Czech Republic to dinner in Jerusalem after their summit meeting in nearby Egypt. Significantly, Turkey’s President Abdullah Gul, who also had attended the summit, was excluded from the dinner.

American-Jewish organizations, which had for years supported Turkey’s denialist agenda on the Armenian Genocide in the U.S. Congress, were highly incensed by the Turkish condemnations of Israel. The American Jewish Committee sent a letter to Erdogan on January 8, to express its “grave concern over recent official statements” by Turkey’s Prime Minister and Foreign Minister. On January 21, a second letter was sent to Erdogan, this time signed by five leading American-Jewish organizations, expressing their “profound concern over the current wave of anti-Semitic manifestations in Turkey.”

In their joint letter, the American Jewish Committee, Anti-Defamation League, B’nai B’rith International, Conference of Presidents of Major American Jewish Organizations, and Jewish Institute for National Security Affairs complained about “gravely distressing” recent incidents: “Protestors besieging the Israeli Consulate in Istanbul have expressed their hatred of Jews. Billboards around Istanbul are full of anti-Jewish propaganda posters. The door of a Jewish-owned shop near Istanbul University was covered with a poster that said, ‘Do not buy from here, since this shop is owned by a Jew.’ The defacing of an Izmir synagogue has brought about the temporary closure of all but one of that city’s synagogues.” The American-Jewish groups also stated that the Jewish community in Turkey feels “besieged and threatened. A connection is clearly perceived between the inflammatory denunciation of Israel by Turkish officials and the rise of anti-Semitism.”

Ironically, Abraham Foxman, ADL’s National Director, who is now complaining to Prime Minister Erdogan about anti-Semitism in Turkey, had presented a prestigious award to him in 2005. Foxman conveniently overlooked the fact that four days before he gave that award to Erdogan, the Middle East Media Research Institute, based on a report from Hurriyet, revealed that Erdogan in 1974 had written, directed and played the lead role in a play called “Maskomya,” an acronym for the triple “evils” of Masons, Komunists (Communists), and Yahudis (Jews).

Having given Erdogan one of ADL’s highest awards, Foxman must have been shocked by the Turkish Prime Minister’s recent criticisms of Israel. Foxman told Milliyet last week: “Turkey was our friend. We were friends. I still can’t believe it. I am very sad and confused. The Jews in Turkey are threatened…. They feel encircled…. The Prime Minister spoke very harshly. We were friends. How did we come to this situation?” Jacob Isaacson, an official of the American Jewish Committee, was also unhappy with the Turkish reaction. “Once you start poisoning the well, you do not know where it leads,” he said. Moreover, an unnamed American-Jewish leader was quoted as saying: “This time, we are going to face great difficulty. In the past, we defended the Turkish position, not only because Turkey was right, but also because we were friends.” Yet another American-Jewish official, washing his hands from further involvement in Turkey’s lobbying efforts on the Armenian Genocide, told Milliyet: “Count us completely out of this problem. We don’t believe Congress should deal with it. Let Armenia and Turkey resolve it between them.”

In another indication of diminishing support for Turkey among Jewish circles, Prof. Benjamin Yafet advised this writer that he had “very reliable information that all major American Jewish organizations are now fed up with Turkey and are ready to support the Armenian Genocide resolution.”

It appears that this time around Israel and American-Jewish organizations will not be as forgiving as they have been in the past, in the face of persistent and vicious anti-Semitic attacks emanating from Turkey. After the loss of lobbying support from American-Jews, Pres. Obama’s election, and Democratic majorities in both houses of Congress, Turkey is expected to have great difficulty in the coming months to block a renewed attempt to pass a congressional resolution on the Armenian Genocide. Faruk Logoglu, Turkey’s former Ambassador to Washington, should know! He told Milliyet: “The Jewish lobby is the strongest in the United States and the only one supporting Turkey. Therefore, the letter of disappointment sent to Erdogan [by 5 Jewish groups] is of great importance.” 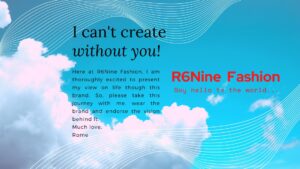